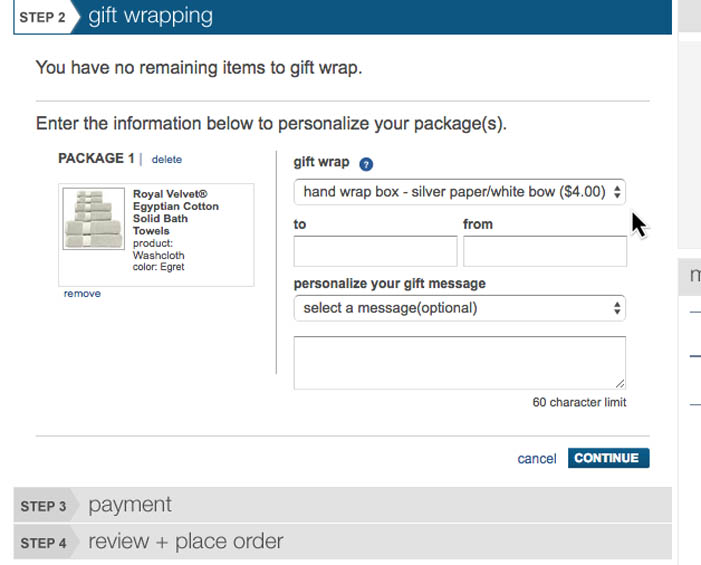 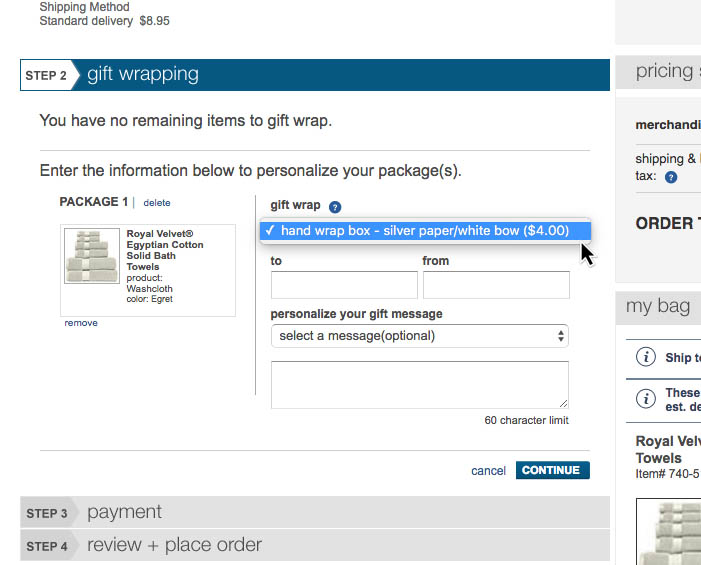 Presenting users with drop-down, radio button, or other selectors, when there’s no selection to be made, leads to unnecessary clicks and user frustration.

Our large-scale Checkout usability testing reveals that 14% of e-commerce sites, at some point in the checkout process, present users with what appears to be a selectable option, only to disappoint users when it turns out there’s only one option, or the option displayed isn’t selectable after all.

Our testing revealed that, for most users, this results in confusion over why they’re being presented with a selection that can’t actually be made, which slows them down as they stop their progress in the checkout to puzzle over the option.

This user hesitation can result in simply mild annoyance at being offered a choice when one doesn’t exist, but is also observed to cause more serious user frustration, as some users attempt to make unavailable selections. Yet our benchmark data show that 14% of sites don’t remove “Select” features when there’s only one option left.

In this article, we’ll discuss the test findings from our checkout usability study related to “Select” features (like a drop-down or radio buttons) with only one option available, and provide a solution that testing revealed performs well with users. 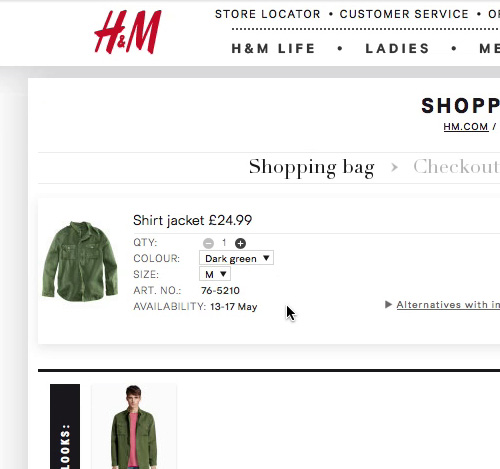 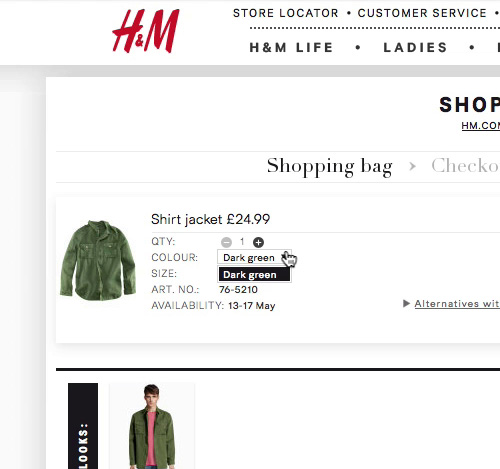 “And then I can select the color,” a subject says in the cart at H&M (first image), and clicks the drop-down, only to disappointedly realize that “there’s only green. Okay” (second image). Presenting users with what seems like a choice will result in unnecessary clicks and frustration. 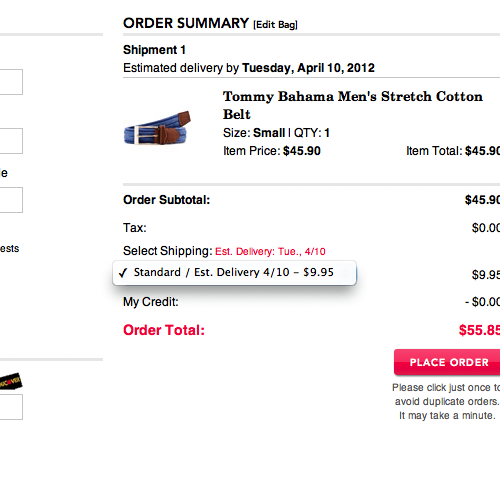 At RueLala, users are presented with a drop-down containing a preselected shipping option, but when they click the drop-down to see the expected alternatives, none are available. 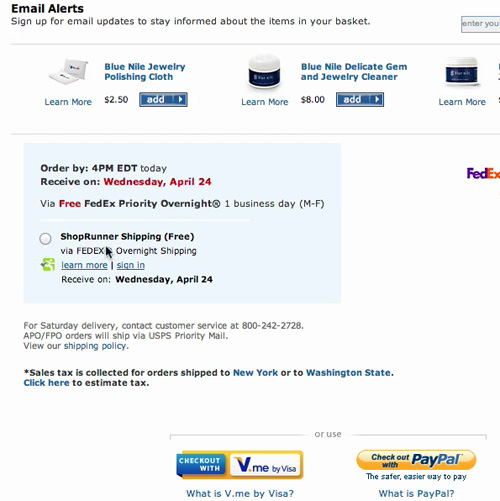 Issues also occurred when testing radio-button interfaces with only a single choice, as seen here at Blue Nile, where users doubted whether there were choices to make (there weren’t).

“Why are you asking me to choose something when I have no choice?” one test subject pondered after opening a drop-down only to find it contained just a single preselected value.

When presented with a selection interface, like a drop-down or a set of radio buttons, users tap into their prior experience, which tells them that these interfaces clearly communicate that a selection either can or must be made. 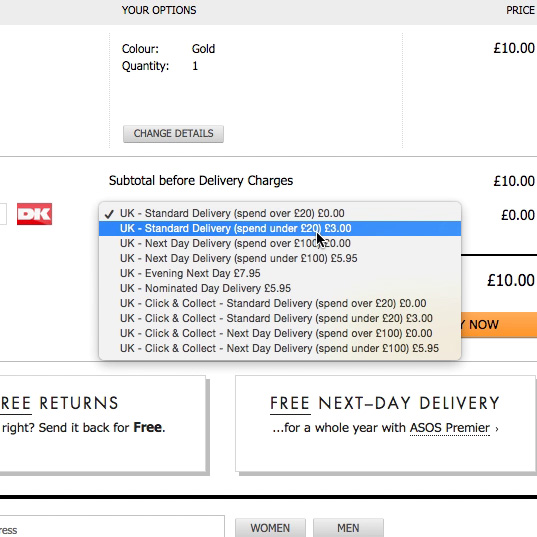 At ASOS, 33% of the test subjects were confused about invalid options included in the shipping selector drop-down at the cart step. Several tried to pick invalid options, saying, “When they give me the option it just might work” or “I’ll choose this one anyways [‘Spend over £20’, ed.] and see if it figures that out itself.” 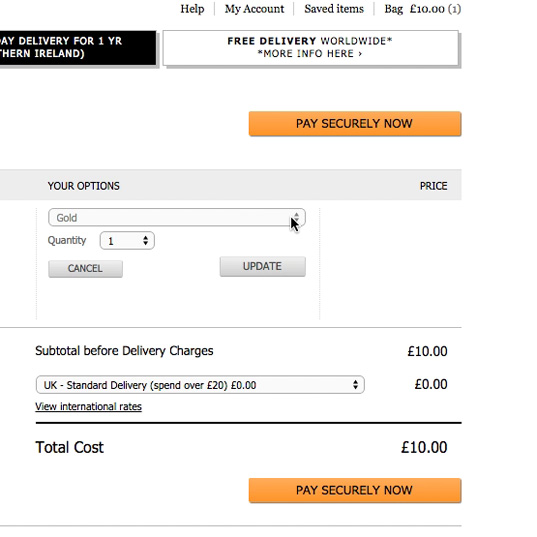 “Okay you can’t select anything. There’s only this one,” a test subject concluded after attempting to open the color drop-down. When faced with disabled drop-downs, users often clicked multiple times (as many as 4) before concluding the drop-down couldn’t be opened.

The issue often occurs on sites when the select values are dynamically removed as they become invalid or unavailable — for example, removing those shipping options that are not available for the address the user has typed. This is in itself a good idea — that is, only showing options that are relevant to users based on their current context. However, in cases where there’s only a single option left, it shouldn’t be presented as a selectable option anymore since it’s no longer a choice.

When There’s Only One Option Available, Use Static Text 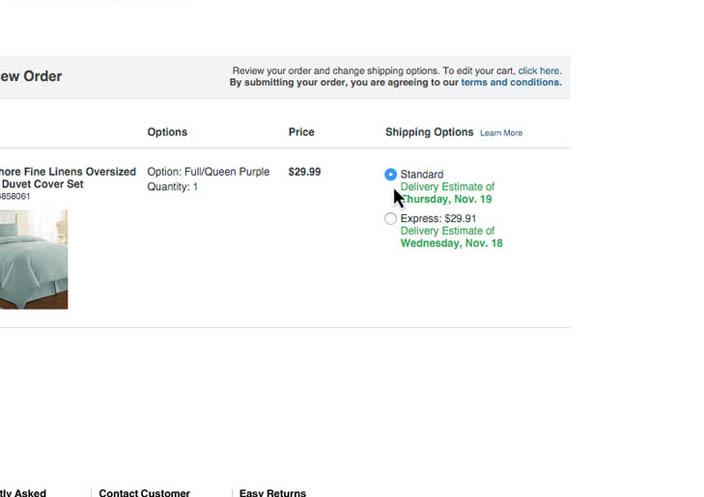 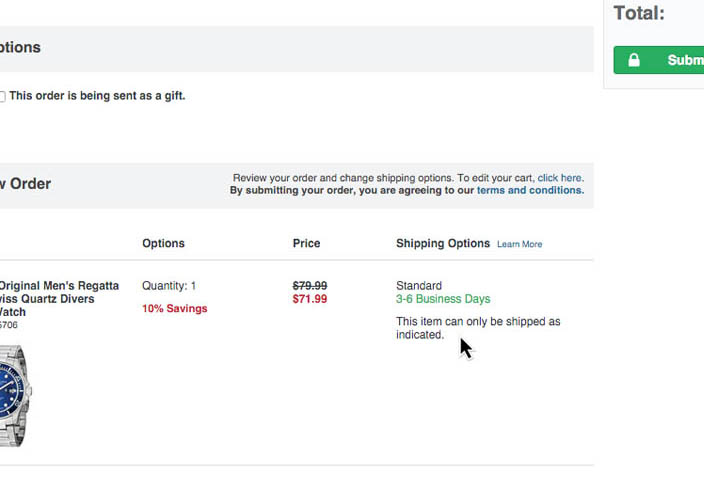 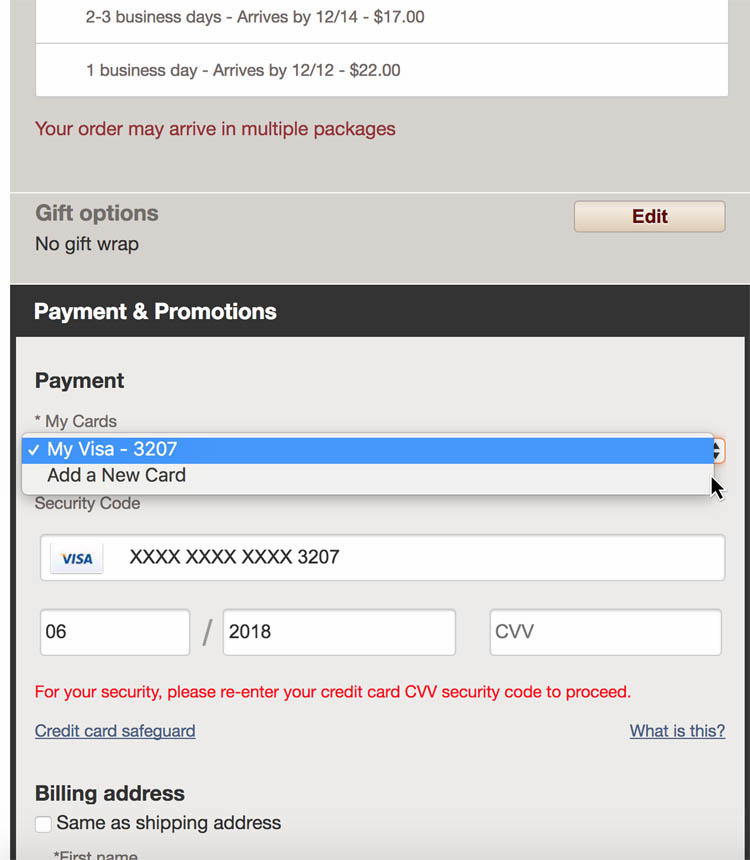 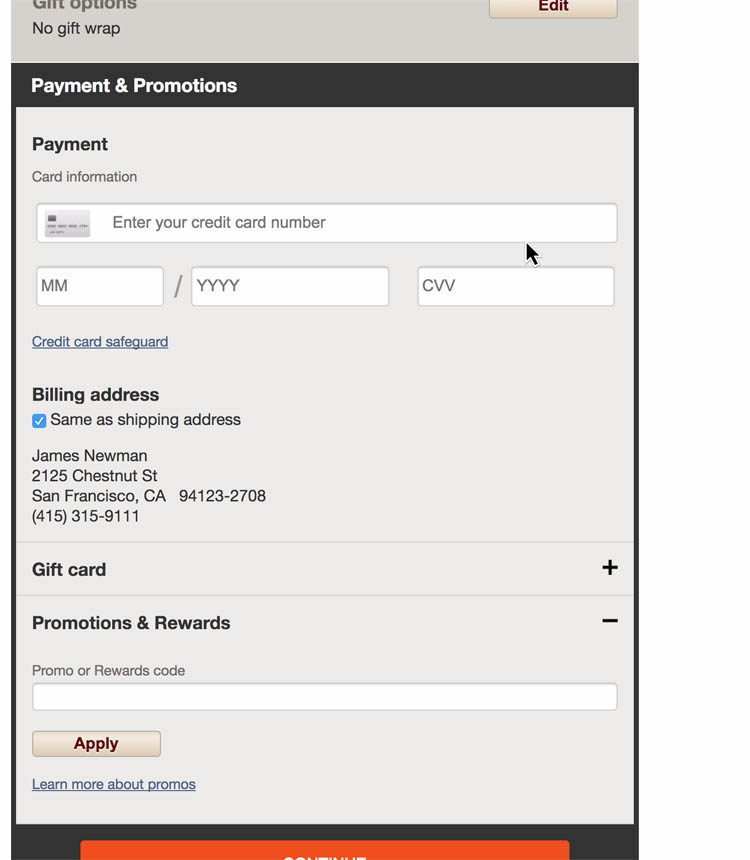 Authored by Christian Holst on December 12, 2017